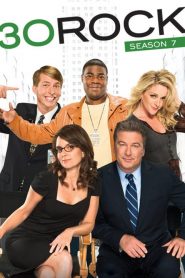 Alec Baldwin reportedly approached NBC and offered to cut his pay in order for 30 Rock to be renewed for a full seventh and eighth season. He stated the following on October 4, 2012: “I offered NBC to cut my pay 20% in order to have a full 7th and 8th seasons of 30 Rock. I realize times have changed”. The season drew 13 Primetime Emmy Award nominations, the most of any comedy series for the year 2013, ultimately winning two, including one for Tina Fey and Tracey Wigfield’s writing for the series finale, “Last Lunch”.

In the United Kingdom the rights for the seventh season were not picked up by previous broadcaster Comedy Central leaving UK fans unable to watch the show. As yet there is also no news of a DVD release outside of the USA.